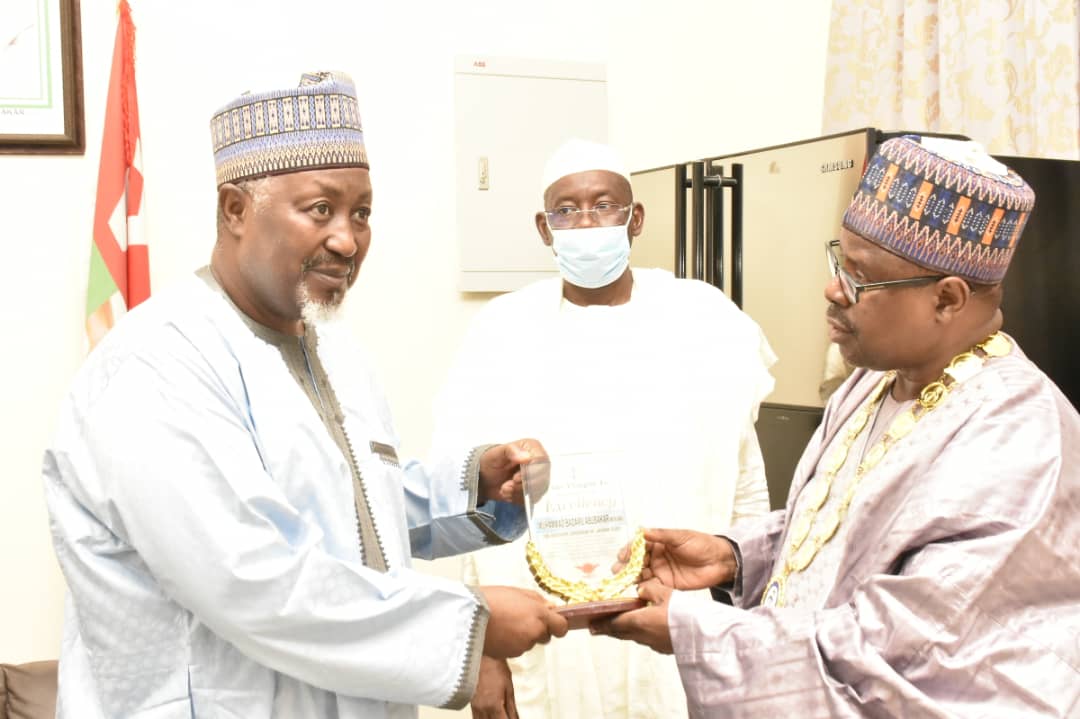 The Governor of Jigawa State, Alhaji Badaru Abubakar has approved the allocation of a plot of land for the erection of the Secretariat of the Jigawa state chapter of the Nigerian Institute of Quantity Surveyors in Dutse.

Governor Badaru granted the approval when he received the leadership of the Institute led by its President, QS Mohammed Abba Tor, FNIQS in audience at the Government House in Dutse.

Badaru noted that Quantity Surveyors play critical roles in the execution of construction projects and expressed the readiness of his administrative to work closely with construction cost managers to actualize his goal of transforming the state through massive infrastructural projects.

According to him, “Quantity Surveyors as the professionals responsible for ensuring value for money on construction projects will play important roles in ongoing and new projects as we redouble our efforts to improve infrastructure in Jigawa State,” Badaru said.

Earlier in his remarks, the President of the NIQS, QS Mohammed Abba Tor, FNIQS informed the governor that the leadership of the Institute was in Jigawa State to inaugurate the executive council of the State Chapter of the Institute.

The NIQS President commended the human capital development initiative of the governor which he said was responsible for the peace, tranquillity and agricultural transformation that the state was experiencing.

“The human capital development initiative of the State Government is largely responsible for the peace, tranquillity and agricultural production being enjoyed in the State. Little wonder that His Excellency successively earned the Best Governor of the Year in Transparency and Budgetary Implementation,” Tor said.

Tor also praised the governor for his strides in the massive transformation of all the critical sectors of the state’s economy. He made reference to the health and educational sectors, infrastructure and human capital development which he said the state has achieved through sheer commitment, fiscal discipline and transparency.

Copyright by NIQS. All rights reserved.