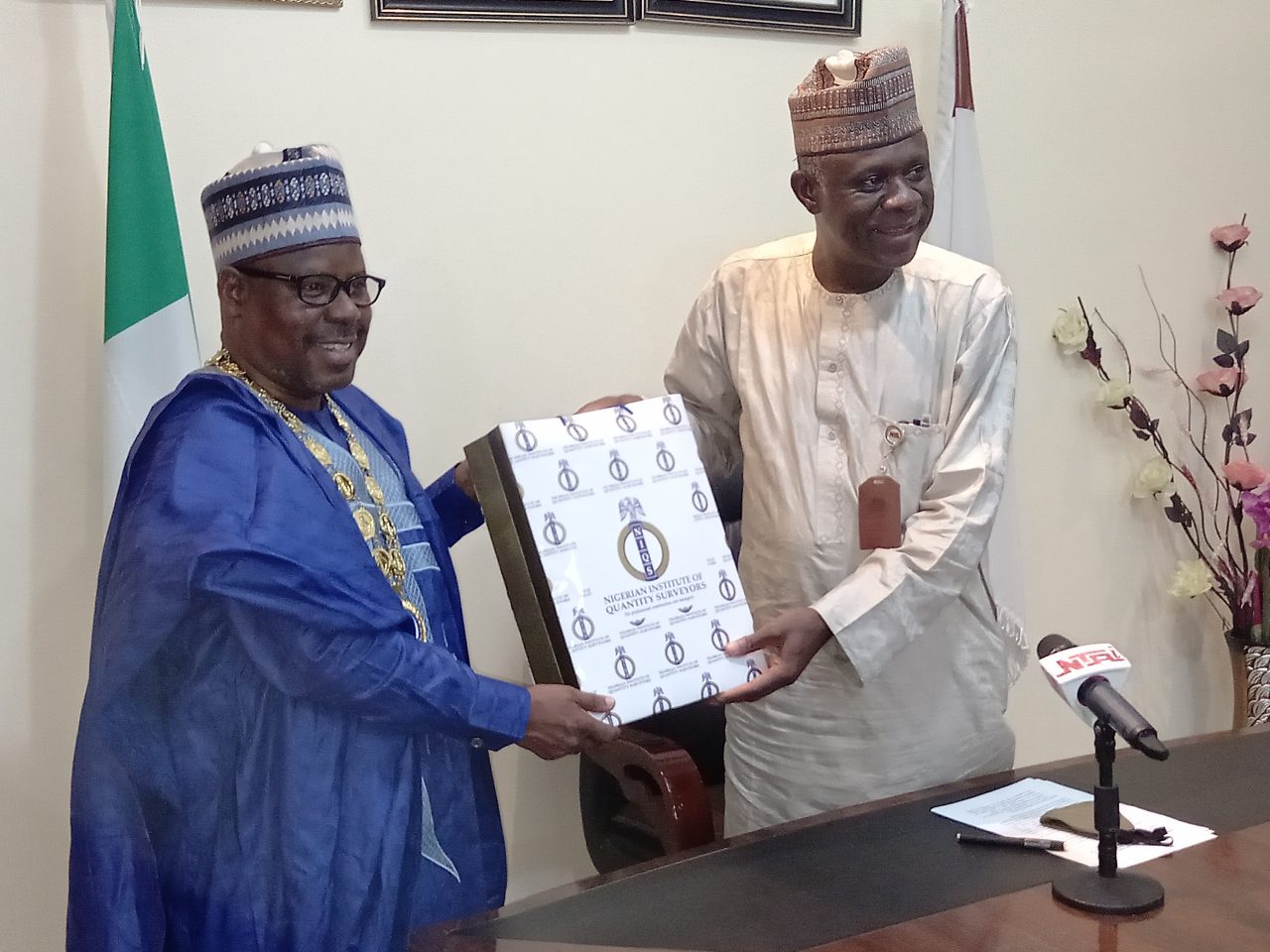 The President of the NIQS recently paid a courtesy visit to the DG, Nigerian Television Authority (NTA).

In his remarks, the President of the Institute, QS Mohammed Abba Tor, FNIQS expressed his delight at the existing cordial relationship between NIQS and NTA. He added that the Institute was willing to continue to collaborate with NTA in enlightening the Nigerian populace on many aspects of the country’s economic and socio-cultural evolution.

Speaking on the role of quantity surveyors in the economy, the President said, “Quantity Surveyors ensure and insist on delivering value for money to clients through optimum utilization of scarce resources”. He also solicited NTA’s invitation “to any of the prime platforms of the NTA to enlighten the public on the crucial role of Quantity Surveyors in the construction industry. This will significantly reduce incidences of building collapse partly attributed to non-involvement of professionals”.

Responding to the President’s remarks, the Director General, NTA, Yakubu Ibn Mohammed who was ably represented by the Executive Director, (Engineering), Engr. Dr. Moses Okpanachi highlighted the crucial role quantity surveyors play in the built industry, noting that he was aware that the increase in building collapse incidences in the country could also be attributed to the use of quacks in construction projects. He assured NIQS of NTA’s continued support in enlightening the public of this important function by providing adequate coverage of the Institute’s events.

Also present during the visit were top management executives of the NIQS and NTA.

Copyright by NIQS. All rights reserved.